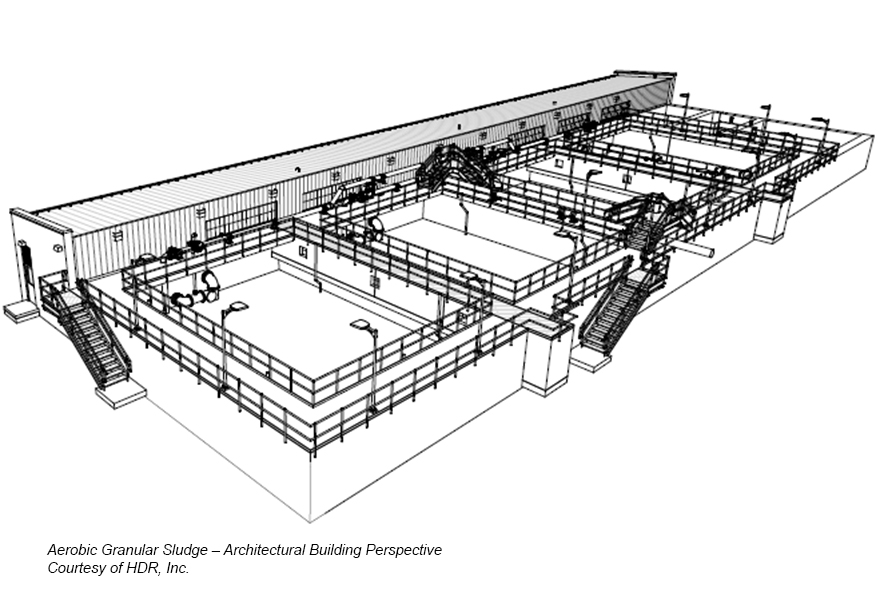 Construction of the plant, which will be built next to the Missouri River, is expected to be underway by late summer 2021. The facility is expected to be substantially complete by summer of 2023 and started up by fall 2023. The overall project cost is $39 M. Other key players include John T. Jones Construction (Fargo, ND) and design engineering firm HDR, Inc. (Omaha, NE).

After a thorough review of treatment options by the City and HDR, AquaNereda was selected due to its many significant advantages, including:

A variety of industries have significant manufacturing operations in the area, including meat processing, packaged food manufacturing, food and beverage and others. As such, the plant influent is comprised of majority industrial flows. The AquaNereda system is designed to treat 2 million gallons per day (average day) and achieve a high-level of organic and ammonia removal. The overall plant process also includes anaerobic pretreatment, disinfection and aerobic sludge digestion.

“The South Sioux City project is tremendously exciting for everyone on the AquaNereda team,” remarked James Horton, Vice President – Process Group at Aqua-Aerobic Systems. “It represents another milestone in the widespread acceptance of the AquaNereda technology in North America and adds to the growing installation base currently in Colorado, Alabama, Illinois, Hawaii, Montana, Oklahoma, along with over 200 active projects throughout the USA and Canada. Given that the first Nereda plant began operation in an industrial setting over 15 years ago overseas, this state-of-the-art facility will further underscore the power of the technology to many prospective end-users here in North America.”

Nereda® is a registered trademark of Royal HaskoningDHV.

Let's get in touch

Give us a call or fill in the form below and we will contact you. We endeavor to answer all inquiries within 24 hours on business days.